I did not find Voca, instead Voca found me when I followed the path to my inner calling.

Voca Means: the Calling from Inner Self

It means blessing from god, amazingly close to “Voca”.

Voca Coffee’s logo, a cup and a bird, is actually a Chinese character in bronze inscription. It’s the origin of the modern character: 唯， pronounced as “wei”. It means blessing from god, amazingly close to the meaning of Voca.

Among all the Chinese calligraphy fonts, profoundly, I am attached to bronze inscriptions the most. They were developed more than 2000 years ago and used by nobles to record important events. They were usually inscribed on bronze metal vessels. Therefore, the font was named as bronze inscription. 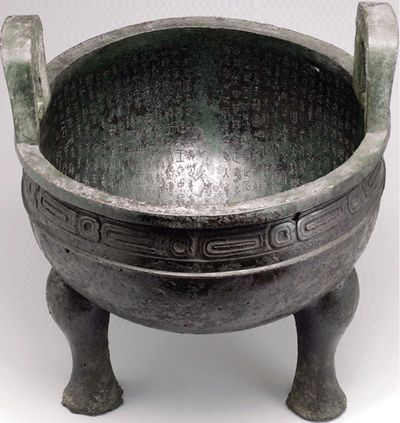 Created in Late Western Zhou dynasty (1046-772 BC). Inscriptions inside this bronze vessel recorded King Xuan appointing his uncle, Duke Mao, with governing the domestic and external affairs of state. 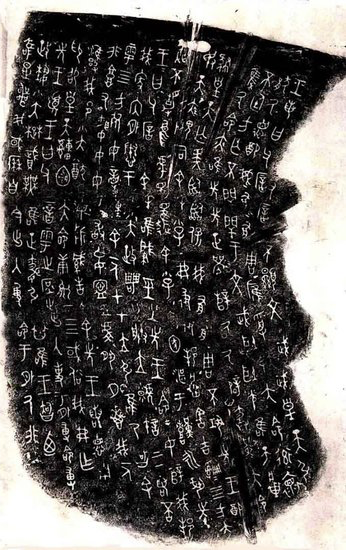 The Rubbing of the Inscriptions

While practicing the bronze inscription calligraphy from Ding Cauldron of Duke Mao, this very character struck me. Later I found out it means blessing from god. The cup on the left is the shape of a vessel used in religious ritual. The bird on the right stands for the god’s will, as the ancient people believe birds were closer to god. Just like ancient Greek and classical Roman, Chinese also used to have priests interpreting god’s will by studying the actions of birds.

When I decided to follow the calling of coffee, the bronze inscription character “wei” naturally became the logo. But I couldn’t find a matching English name that is close enough. I almost decided to compromise, until one day “Vocari” fatefully came to me in a blog written by an east coast girl, whom I have never met before.

Dots are connected naturally on the path to inner calling. I would be able to hold on to it when rough ride comes!